Berserk Merch is the fans merchandise for Berserk anime fans. We are #1 Berserk Apparel & Collectibles. 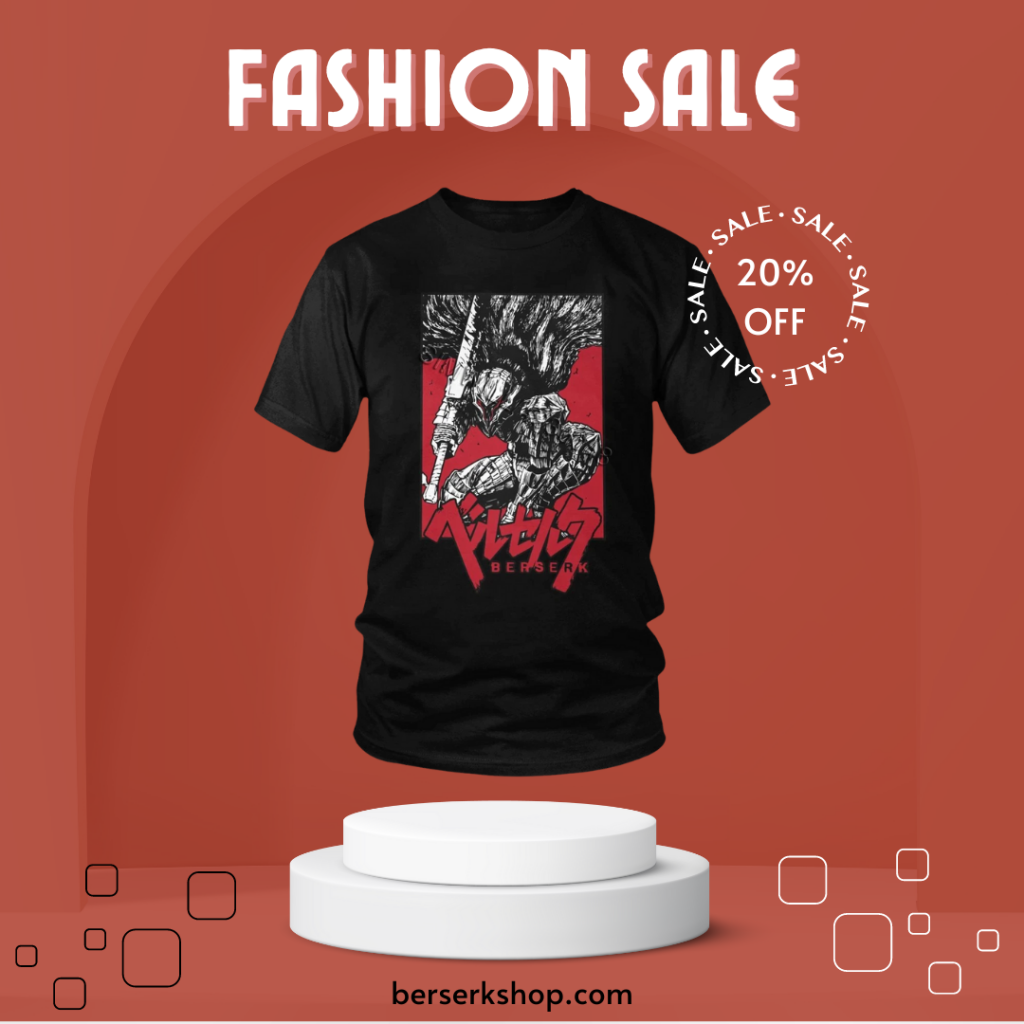 If you are looking for Berserk merch to give someone but have no idea, then you have to check out this Armor t-shirt from our store. Made out of high-quality cotton blend material, it has a perfectly soft and comfy feeling. Plus, we are offering this graphic tee with a great deal, don’t miss out on this sale! 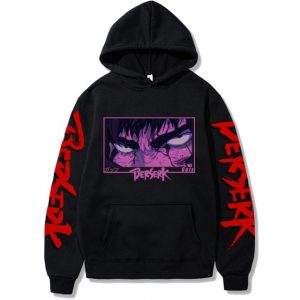 1. Berserk Hoodies – Harajuku Guts Eyes Graphic Hoodie. Top 5 Hoodies For Anime Lovers Are you a Berserk avid fan? So a hoodie with

Berserk: 10 Little-known Facts About The Anime

Berserk is one of the most celebrated manga and anime series out there. Here’s everything you need to know about it. Berserk has long reigned 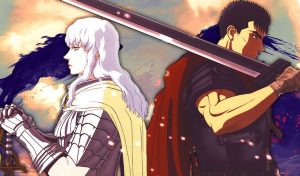 The relationship between Guts and Griffith is complicated, compelling, and central to the tale of Berserk. Here are their biggest developments of all. The Berserk anime/manga series is 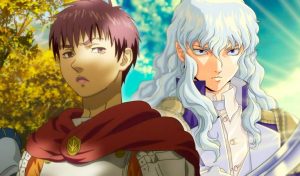 Though they harbored strong feelings for one another in Berserk, here’s why Griffith and Casca ultimately couldn’t work as a couple. In the widely acclaimed Berserk anime and manga

This is our greeting to you once you’ve discovered a place for Berserk fans. Berserk is a dark fantasy manga series drawn and written by Kentaro Miura. Set in the European Middle Ages – inspired by an extremely dark fantasy world, the story centers on the characters Guts – a lone mercenary and Griffith – a leader of the gang mercenary known as the Army of the Hawks. Themes of solitude, friendship and the question of whether humanity is fundamentally good or bad permeate the plot, as it explores all the best and worst of human nature.
Therefore, the character Berserk is a great inspiration for many designers and manufacturers.
At our Official Berserk Merch Shop we have an impressive range of Berserk items starting from Berserk Accessories, Berserk Posters, Berserk Tote Bags, Berserk Pillows to Berserk Clothing line, Berserk T-shirts , Berserk Hoodies, Berserk Leggings, Berserk Tank-tops…

We supply all Berserk related products. You can build your own Berserk collection.

Why not choose Berserk T-Shirt or Hoodie?

Berserk is very hot in Japan. And it’s a great idea for fashion creators to keep evolving. People are looking for impressive Berserk goods everywhere, especially T-shirts and hoodies. Because they are very easy to choose and can be easily matched when you are out and about.

In Japan, many clothing manufacturers have adopted the Berserk image and created its own personalized garments. Right here, we’re simply trying to make it simpler for people all over the world.

Our Official Berserk Merch Shop is the go-to place to shop for clothing and lifestyle items in a variety of sizes and varieties. You should buy t-shirts, hoodies, jackets or coats, pillows, mugs, luggage and more, whatever you want.

Our Berserk Merch Shop delivers fast and free worldwide, so you can order it on this site. You can buy with peace of mind because we always prioritize fast order checking, with convenient and highly reliable payment methods: Paypal, Credit / Debit Card (along with other payment methods). other payments, not limited to Visa, Mastercard, American Express)
Are you having problems with your delivery? Is your product late or damaged? Do you have any problems with payment? In any case, please contact us at contact@berserkshop.com.

The Mission of the Official Berserk Merch Shop!

At the Official Berserk Merch Shop, everything we promise revolves around our mission to serve a large number of Berserk lovers that rarely sell a wide range of products and all are licensed. We want to respect the art who created that masterpiece for us.

Our mission is to make it as convenient as possible for the fans and the community that they don’t have to work for it as much as they used to. We are committed that customer satisfaction always comes first, treat our customers with the utmost respect and provide them with the highest quality service they deserve.

Our entire website is designed to engage customers and make their shopping experience as comfortable as possible so that they can always find what they are looking for. Our customer support is always available to assist Berserk fans with any questions that may arise

Guts is a lone warrior who was born from a hanged corpse and raised as a mercenary by Gambino, his adoptive father, who tried to murder him and was killed by Guts in self defense. Guts earns a fearsome reputation as a fighter, catching the attention of Griffith, the charismatic leader of the Band of the Hawk, a mercenary group. Griffith forces Guts to join the group after defeating him in battle. Guts quickly rises through the ranks of the band, eventually becoming Griffith’s best warrior. During this time, Guts learns of Griffith’s mysterious pendant, the Behelit, along with Griffith’s dream to rule a kingdom of his own. When the Hawks encounter Nosferatu Zodd, a monstrous immortal being, Guts and Griffith are spared only when Zodd sees the Behelit. Eventually, hired by the kingdom of Midland, helping to win the Hundred Year War against the Tudor empire, the Hawks are ordained as knights of Midland. Meanwhile, Guts gradually develops a romantic relationship with Griffith’s unit commander, Casca, the Hawks’ only female member. Having overheard Griffith say that he can only consider someone a true friend if they have their own dream, Guts leaves the Hawks after defeating Griffith in single combat. Devastated by this, Griffith ruins his fortunes by seducing the king’s daughter, Charlotte. He is imprisoned and tortured, while the Hawks are hunted by the army of Midland. Guts spends the next year training to become a better swordsman, but is warned by a mysterious being he names “the Skull Knight” that his actions have instigated “the Eclipse”. He temporarily returns to the Hawks and helps the outlawed remnants of the group rescue Griffith, only to find him mutilated and unable to speak.